Everlove Healing + Yoga is more than just a physical space. It’s a living, breathing, thriving community in a space that is safe and inspiring.  Everlove has two studios where community can come together and move, as well as private practitioner suites for one-on-one treatments. Located in Collingwood Downtown, co-owners, Ariana Novak and Dan Fotopolous have created a place that is safe and inspiring. 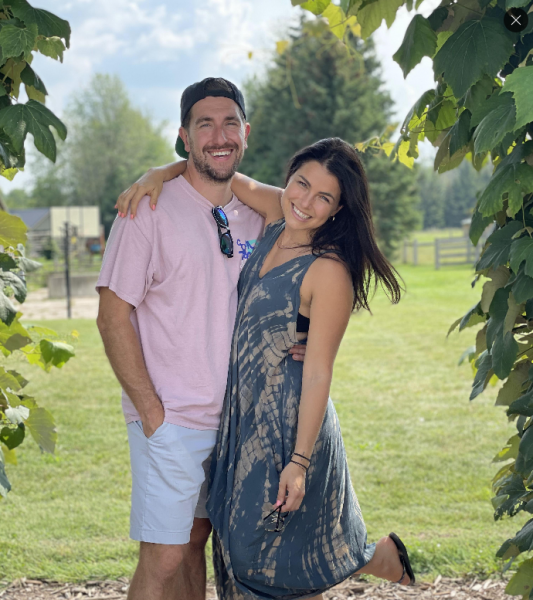 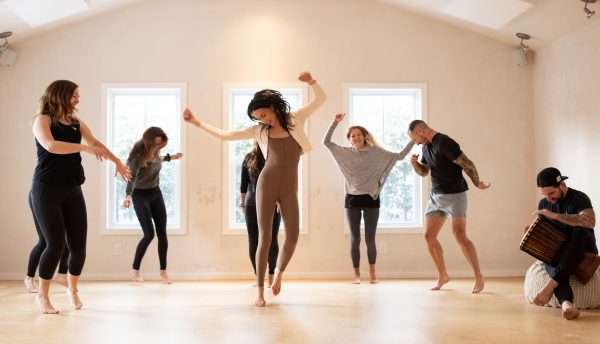 Ariana found out early in her career that a corporate life was not a good fit for her and she recalls being in a yoga class for the very first time “I was doing a downward dog and it was a big wake up call for me…I felt like I was getting to know myself for the very first time.” Since that epiphany, she became a student of yoga and it has become part of her daily life.  Ariana trained at the Kripalu School of Yoga & Ayurveda and was fortunate enough to study with some of the most esteemed teachers while she was there; and then continued on to train and assist a multitude of trainings and programs at Kripalu. Ariana since then has become a 500 E-RYT yoga teacher and certified life coach, yoga nidra guide, and breathwork facilitator.

After returning from their trip to Costa Rica, Dan and Ariana came to Collingwood for a weekend get-a-way and were looking for a place where they could join a yoga class.  That search led them to taking a walk through of the historic building at 136 St. Paul Street that has now become the home to Everlove Healing + Yoga.  “We wanted to relocate from the Kitchener Waterloo area to a place that offered connection, community and wellness…it would be a bonus if we could find water and mountains, and well here we are.” recalls Dan.  “We took ownership of the property in October of 2021 and we raced to update the building and make some modifications and were able to open our doors on February 24th, 2022.  We’re very excited about being able to offer a healing space that is inclusive for everyone in the community.” says Dan.

“So many small business owners can get stalled when they’re trying to figure out what their business model is going to be and how things will roll out.  They want things to be perfect right from the beginning.  We feel it’s a beautiful thing to watch the evolution.  Everlove is like a baby right now, just learning to walk.  Businesses are like babies…it takes time for things to grow.” offers Dan.  “We’re in the growth stage and we’re very much looking forward to collaborating with members of our community to widen the scope of what we’re able to offer here at Everlove.  We have plans to collaborate with our next door neighbors at 11 Rooms, a boutique hotel and retreat space to create some retreat options for both locals and visitors to the area.” continues Dan.

Fun fact:  If you look at the logo for Everlove, you can find every letter of Everlove within the design.

“Ariana and I opened Everlove to create a space where people can come together and heal, whether people know it or not, movement is such an important part of healing and community is the greatest healer. Over the past two years, the energy has become stagnant and if we all just move a bit the heaviness can be lifted.” says Dan.

You can find Everlove Healing + Yoga at 136 St. Paul Street in Collingwood Downtown. To learn more about the wide range of movement and healing options visit their website www.tryeverlove.com/ and you can follow them on instagram @everlovecollingwood